Press Release: Telcos versus OTTs: is it a phoney war?

There are now more than 80 OTT-style Internet services run by telecom operators, according to a new study published by analyst firm Disruptive Analysis. The trend is accelerating, and represents a major opportunity for the industry over the next five years. 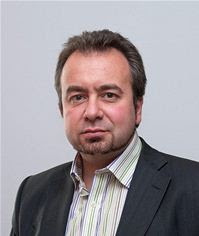 Dean Bubley
One of the loudest debates in today’s telecoms industry concerns the response of traditional network operators to so-called “over the top” (OTT) players.

“Telecom operators need to go on the attack,” said Dean Bubley, the report’s author and founder of Disruptive Analysis. “They must exploit the scale and ‘viral’ adoption of new services by billions of Internet and smartphone users, using similar tactics to the familiar web- or VoIP-type providers. It is no longer enough to rely on slow-moving standards or cumbersome collaborations. Telcos need to act alone, or with specialist technology partners”.

OTTs are companies such as Facebook, YouTube, Skype, WhatsApp and Netflix, which offer growing and profitable services “over the top” of raw Internet access from mobile or fixed telcos.

As Facebook’s recent $100bn IPO filing demonstrates, such companies are deriving huge value from applications that ultimately depend on operators’ broadband infrastructure. And this is happening just at the time when telcos are starting to see their traditional voice and messaging business flatten and start to decline (sometimes called “peak telephony”). The value in “services” seems to be shifting to the web.

Operators and their suppliers are trying to work out what to do. The usual suggestions include:
But all of these options face challenges. Net Neutrality laws and various technology limitations stand in the way of application-based charging. Internet companies show little need or inclination towards paying for “quality”, especially on networks with poor coverage. Disruptive Analysis’ previous research has shown that RCSe’s success is highly unlikely.

However, according to a new report from Disruptive Analysis, many telcos already offer their own OTT-style services via generic Internet access. The study identifies more than 80 operator initiatives of this type, spanning four main service categories:
Disruptive Analysis believes that Telco-OTT enables operators to
Telco-OTT has its own opportunities and challenges. Few services are easy to monetise, and experiment (and sometimes failure) will be needed. But customers want open-Internet services – they like the choice and flexibility, and that trend is unstoppable.

If telcos are to survive in the long-term, they need to embrace OTT, not fight it. If you can’t beat ‘em, join ‘em.

Disruptive Analysis' motto is "Don't Assume" and it actively looks for flaws in otherwise seemingly clear consensus. Sometimes these are negatives, such as over-optimistic expectations of new product uptake or a "hidden" limitation of an underlying technological. In other cases, a new addressable opportunity can be spotted well ahead of the market.