Industrial 5G networks will mostly be discrete and isolated

A key argument cited for telcos having a central role in industrial / vertical #5G networks is "service continuity". Devices and users can connect both on-premise and in the wide area, because both are enabled by the same operator. An MNO can thus best provide on-premise connectivity as an extension, or slice, of its normal national cellular network.

MNOs and industry groups often assert this to dissuade governments and regulators from assigning local spectrum licences directly to businesses.

This argument doesn't stack up, for several reasons.

On a recent virtual event I moderated for Nigel Yeates Juliet #5grealised the speaker from Three. Business pointed out that its customers' private 4G/5G networks were generally isolated, not part of 3's macro network. They even use different spectrum. They can do roaming, but it's not a priority.

A central point is that most connected IoT and automation systems don't move outside the facility. Industrial robots don't go for a walk to the shops. What does move are vehicles, personal devices and shipped electronic goods.

Yet here, having local & wide area coverage from the same MNO is of minimal use. Guests, contractors and employees have devices on *all* networks, not just that of the on-prem network operator.

So some sort of roaming or neutral-host arrangement would be needed. And those capabilities could be also be offered a new specialised provider, as well as by an incumbent MNO.

In fact, it might be easier (and quicker) for a genuinely neutral wholesale player to offer that capability, rather than one MNO trying to negotiate a site-specific roaming or interconnect deal with all its rivals.

Another reason is eSIM and dual-SIM. Devices can have separate profiles for on-premise and wide-area subscriptions, and just switch from one to the other when they're off-site. This is an increasingly common feature in smartphones and vehicles.

In fact, private cellular networks don't even need SIMs - 5G allows the use of other identifiers such as enterprise security credentials, or even the new Wi-Fi OpenRoaming model.

At a radio level, there are distinct advantages to running private networks in isolated fashion, in separate spectrum. They can use different configurations to the macro environment, perhaps optimised for a different mix of up- and downlink in TDD spectrum.

And lastly, it is much easier to treat a private network as private, rather than some unusual public/private hybrid. The legal situations and liabilities are clearer. SLAs can be described and enforced in contracts. There doesn't have to be alignment in deployment speeds or priorities. Different vendors can be chosen.

This doesn't mean that MNOs don't have a role in such private enterprise networks - but it's likely to be done by a separate business unit that can engineer solutions specifically for verticals, thinking about the customer first. It won't be done by the main "mothership" network group, desperate to find "5G use cases" and crowbar-ing its main network (and also its #networkslicing and #edgecomputing platform) into unsuitable applications.

That MNO enterprise business unit might decide the macro RAN is suitable for a given client. Or it may choose to build its own network locally, with the enterprise owning the spectrum license. Or it might work with 3rd parties - or use WiFi instead. I'm expecting MNOs to acquire lots of vertical-specialist integrators and network installation firms in some industries like manufacturing, ports, mining and healthcare.

Maybe over time they'll add value and revenue to the central 5G network business, or act as channels for its #URLLC and MEC businesses. But that won't be their only offering - just one of a portfolio of options.

More generally, all of this points to private 4G/5G networks - especially in industrial sectors and areas such as ports and mining - being based on discrete, isolated deployments. There may be involvement by a national MNO in its deployment or operation (or spectrum licensing), but the network usually won't be part of an MNO's main infrastructure. There might be service continuity - but there's many ways to offer that, and it usually won't be in the top 10 priorities considered.

I definitely think that the roaming approach and neutral-host model offer many opportunities connected to private cellular too. There's some interesting angles relating to Open RAN here as well. Unfortunately, many of the verticals holding most appeal - hotels, airports, stadiums, office complexes - have obvious problems for the next year or so, given the pandemic and ensuing recesssion.

I'll be exploring these issues at a couple of different upcoming events.

Firstly, on July 7th, I'm running my next private workshop on Neutral Host Networks with Peter Curnow-Ford. It's now switched to a virtual event, over morning and afternoon sessions - plus a networking event (a virtual "pub" with special entertainment) in the evening. The broad outline is the same as first announced (link here) with more detailed updated agenda and format in the next couple of days. It will remain as a private, off-the-record event under the Chatham House Rule.

Also on August 20th, I'm doing another #5GRealised session with Juliet Media, specifically on the role of telcos in private networks. Details are here

As always, this theme and broader area is one I also advise on privately. Please drop me a message if you have specific needs for consulting or insight. 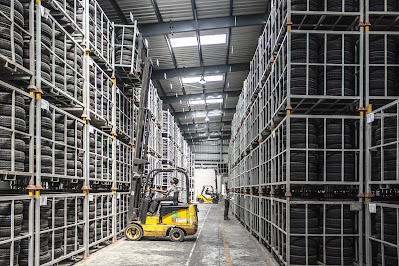 Expect a big upsurge in "prosumer" and WFH broadband over the next year, including consumer-oriented SDWAN approaches, FWA bundles and more. This offers opportunities for fixed and mobile telcos, Wi-Fi and gateway vendors, and enterprise systems-integrators and resellers.
Lockdowns have led to massive surges in home broadband demand. ISPs' networks have generally held up well, as home working and education has (mostly) just smoothed out evening streaming peaks across the whole day. Uplink data has risen much faster than downlink, because of cloud and video-calling use.
Mobile usage has been relatively flat during lockdown. Lower out-of-home usage (especially at entertainment venues and in-car) has been offset by non-WiFi / non-fixed broadband users consuming more data at home. FWA connections have been growing where available, and broadly mirroring fibre / cable usage trends.
But other issues are more complex.
Employers are struggling with their home-workers' poor bandwidth (especially upstream), unreliable connections and new network-security risks. Households with 2+ adults doing WFH, plus children home-schooling (or playing games) struggle with capacity and prioritisation. Some people are working from the garage, attic, garden shed or anywhere there is space - but perhaps not Wi-Fi coverage. (Ironically, I'm now working from my basement, which is actually where my Wi-Fi AP is, so my broadband experience is actually better than normal).
We will see many solutions:
There will be no obvious single "winner" here - it will depend on a given country's competitive landscape for broadband, telcos with new fibre build-outs looking for quick wins, urban density, single homes vs. apartments, availability and capacity of 4G/5G FWA networks, family size & make-up and much more. I'd expect dozens of innovative offers to emerge over the next 2-12 months.
___________________________________________________________
Are you looking for a quick burst of market insight, product or service stress-testing, or idea-generation? As I'm WFH at the moment, I can now offer by-the-hour advisory sessions. See this link for details of availability & booking.
Posted by Dean Bubley at 9:25 am No comments:

Email ThisBlogThis!Share to TwitterShare to FacebookShare to Pinterest
Labels: WFH

This morning, I gave a short presentation & then joined a panel of other speakers from Athonet, Ericsson, Huawei & Hewlett Packard Enterprise on a webinar session organised by TechUK.
It covered the role of edge computing in the context of private networks.

There are many possible different touch-points I see evolving between these two domains:
In essence, this is a hugely complex intersection, which I'm only scratching the surface of here.
Ping me if this is an area where I can help you brainstorm new ideas, or test existing ones
Posted by Dean Bubley at 6:50 pm No comments: