This post was originally published on my LinkedIn Newsletter (here). Please sign up, and join the discussion thread there.

I'm increasingly finding myself drawn into discussions of #geopolitics and how it relates to #telecoms. This goes well beyond normal regulatory and policymaking involvement, as it means that rules - and opportunities and risks - are driven by much larger "big picture" strategic global trends, including the war in Ukraine.

As well as predicting strategic shifts, there are also lessons to be learned from events at a local, tactical level which have wider ramifications. Often, there will be trade-offs against normal telecoms preoccupations with revenue growth, theoretical "efficiency" of spectrum or network use, standardisation, competition and consumer welfare.

This is the first of what will probably be a regular set of articles on this broader theme. Here, I'm focusing on the Ukraine war, in the context some of the other geopolitical factors that I think are important. I'm specifically thinking about what they may mean for the types of network technology that are used, deployed and developed in future. This has implications for #5G, #6G, #satellite networks, #WiFi, #FTTX and much more, including the cloud/edge domains that support much of it. 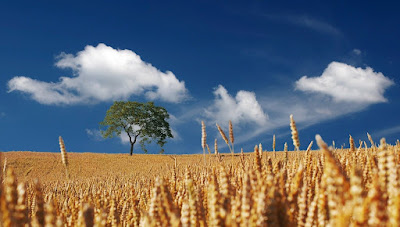 Ukraine and other geopolitical issues

This article especially drills into how the conflict in Ukraine has manifested in terms of telecoms and connectivity, and attempts to extrapolate to some early recommendations for policymakers more broadly.

I'm acutely consicous of the ongoing devastation and hideous war crimes being perpetrated there - I hope this isn't too early to try to analyse the narrow field of networking dispassionately, while conflict still rages.

For context, as well as Ukraine, other geopolitical issues impacting telecoms include:

In other words, there's a lot going on. It will impact 5G, 6G development, vendor landscapes, cloud - and also other areas such as spectrum policy and Internet governance.

Network diversity as a focus

I've written and spoken before about the importance of "network diversity" and the dangers of technology monocultures, including over-reliance on particular standards (eg 5G) or particular business models (eg national MNOs) as some sort of universal platform. It is now clear that it is more important than ever.

The analogy I made with agriculture, or ecological biodiversity, is proving to be robust.

(Previous work includes this article from 2020 about private enterprise networks, or my 2017 presentation keynote on future disruptions, at Ofcom's spectrum conference. (The blue/yellow image of wheat fields, repeated here in this post, was chosen long before it became so resonant as the Ukrainian flag). I've also covered the shift towards Open RAN and telecoms supplier diversification – including a long report I submitted to the UK Government's Diversification Task Force last year - see this post and download the report).

A key takeout from my Open RAN report was that demand diversity is as important as creating more supply choices in a given product domain. Having many classes of network operator and owner – for instance national MNOs, enterprise private 4G/5G, towercos, industrial MNOs and neutral hosts – tends to pull through multiple options for supply in terms of both vendor diversity and technology diversity. They have different requirements, different investment criteria and different operational models.

In Ukraine, the "demands" for connectivity are arising from an even more broad set of sources, including improvised communications for refugees, drones and military personnel.

The war in Ukraine & telecoms

There have been numerous articles published which highlight the surprising resilience and importance of Ukrainian telecoms during the war so far. Bringing together and synthesising multiple sources, this has highlighted a number of important issues around network connectivity:

In short, it seems that Ukraine has been well served by having lots of connectivity options - probably including some additional military systems that aren't widely discussed. It has benefited from multiple fixed, cellular and satellite networks, with potential for interconnect, plus inventive "quick fixes" after failures and collaboration between providers. It is exploiting licensed and unlicensed spectrum, with cellular, Wi-Fi and other technologies.

In other words, network diversity is working properly. There appears to be no single point of failure, despite deliberate attacks by invading forces and hackers. Connectivity is far from perfect, but it has held up remarkably well. Perhaps the full range of electronic warfare options hasn't been used - but given the geographical size of Ukraine and the inability of Russia forces to maintain supply-lines to distant units, that is also unsurprising.

Another set of issues that I haven't really examined are around connectivity within sanctions-hit Russia. Maybe it will have to develop more local network equipment manufacturers - if they can get the necessary silicon and other components. It probably will not wish to over-rely on Huawei & ZTE any more than some Western countries have been happy with Nokia and Ericsson as primary options. More problematic may be fixed-Internet routers, servers, WiFi APs and other Western-dominated products. I can't say I'm sympathetic, and I certainly don't want to offer suggestions. Let's see what happens.

So what are the implications of all this? Hopefully, few other countries face a similar invasion by a large and hostile army. But preparedness is wise, especially for countries with unfriendly neighbours and territorial disputes. And even for everywhere else, the risks of cyberattacks, terrorism, natural disasters - or even just software bugs or human error - are still significant.

I should stress that I'm not a cybersecurity or critical infrastructure specialist. But I can read across from other trends I'm seeing in telecoms, and in particular I'm doing a lot of work on "path dependency" where small, innocent-seeming actions end up having long-term strategic impacts and can lock-in technology trajectories.

My initial set of considerations and recommendations:

So to wrap up, I'm ever more convinced that Network Diversity is essential. Not only does it foster innovation, and limit oligopoly risk, but it also enables more options in tragic circumstances. We should also consider the potential risks of too much sophistication and pursuit of effiency and performance at all costs. What happens when things break (or get deliberately broken)?

In the meantime, I'm hoping for a quick resolution to this awful war. Slava Ukraini!

Sidenote: I am currently researching the areas of “technology lock-in” and “path dependence”. In particular, I have been investigating the various mechanisms by which lock-in occurs and strategies for spotting its incipience, or breaking out of it. Please get in touch with me, if this is an area of interest for you.