I spent most of last week in Shanghai, attending Huawei's Connect conference and trade show. It was a good chance to get a deep-dive into the company's enterprise activities, as well as get my head around China's broader trends and influences around the technology sector.

I normally engage with Huawei through its analyst relations function, but this trip was organised by a different team. The company apparently considers me a "KOL" ("key opinion leader"), which is a rather diffuse bucket used for a mix of outspoken independent analysts, public-facing academics, video/social bloggers and assorted others. I'm not sure I set out to lead opinions, but I'm certainly happy to voice my own.

(Unlike the analyst events I usually attend, the KOL group isn't really made up of direct competitors, so there's a more collegiate atmosphere - and a very lively WeChat group, partly with logistics about meeting times/locations but also sharing photos or thoughts about the event).

Connect is mostly driven by Huawei's enterprise business unit, which is growing fast (about $6bn revenues in 2016, up 47% [link]), and focuses on cloud and big "infrastructure-led" IT and networking projects. So sectors like smart cities, advanced manufacturing, oil and gas IoT, systems for transport sectors like rail and ports and so on. There's a heavy emphasis on IoT platforms and networks, cloud and storage, video/image surveillance analysis and a lot of AI.

It clearly intends to be a very significant player in its chosen sectors, using its existing high IT profile in China, plus its global telecom footprint, as a springboard for other international ICT theatres. Unlike Europe, North America and India, China has few global-scale IT companies, especially in systems integration or outsourcing. The closest to a "Chinese version of IBM" is probably ChinaSoft, which has a deep partnership with Huawei anyway, and in which Huawei owns a significant shareholding.

Thinking more about technology-sector comparables, very few have a similar blend of infrastructure/network/telecom expertise, systems integration/services scale and cloud capabilities. Given Ericsson's recent announcements of pulling back on direct enterprise-related initiatives to focus on CSPs and its Cisco partnership as channels (a strategic error, I feel), it's only really Nokia and maybe NEC that have the scope to push the same big-infrastructure enterprise "ICT" vision, although even it doesn't have the full-scale IT services business that Huawei does. Perhaps there's yet more scope for consolidation between traditional IT companies and networks. (Ericsson+IBM? Nokia+HP? NEC+Tata? Who knows....)

One other thing stood out about the event: there was very little spoken about telco networks, Huawei's main business, or the synergies between that business unit and its faster-growing enterprise sibling.

There was much more about robots and face-recognition than network-slicing and NFV. The main mention of IMS that I saw was in the context of critical communications for public safety, eg push-to-talk. The X-Labs group assessing possible future 5G use-cases was talking about connected drones, or cloud-integrated video-enabled helmets for the blind. There was a "carrier" section in the vertical-industries show hall, but that seemed mostly focused on cloud solutions for telcos.

Conspicuously, there was almost no reference to delivery models for network or IoT capabilities for enterprises. There was no assumption that everything would be provided "as a service", or in particular, delivered by a CSP. There was tacit recognition that some organisations want to own their own infrastructure / private clouds, some may go to a specialist integrator (eg an automation/IoT specialist like Honeywell or GE), and some might use an arm of a telco. For example, T-Systems, Deutsche Telekom's IT unit, was there talking about a Huawei-based storage cloud, deployed for CERN, the leading nuclear and particular research institution on the Swiss/French border.

Huawei also offers its own cloud services, but is quite self-effacing about it, only wishing to become "one of the top 5 clouds" (presumably along with Amazon, Google, IBM and maybe Microsoft - which it also partners) and saying that "1% is enough for us". I don't think Jeff Bezos is going to have too many sleepless nights, although Alibaba, Cisco and Oracle may have different opinions on the top tier's members, the former especially in China itself.

In terms of specific takeouts on my normal coverage areas, a few things stood out: 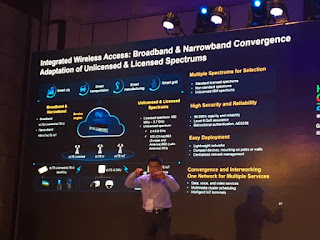 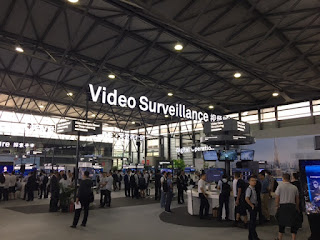 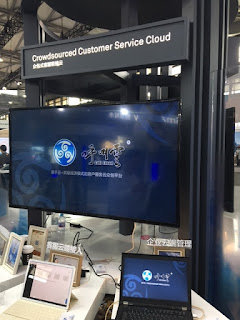 Overall, an interesting few days for me, exploring a side to Huawei I hadn't seen before. It's always hard to get a full perspective from a single-vendor event, but it struck me as one of the only real, fully-encompassing examples I've seen of an acronym I normally dislike - ICT. That said, some more candour about positioning vs. competitors would have been welcome. We all know who they are - so descriptions of differentiation would have been useful, even if rose-tinted.

It's also brought home to me how important it is to have a captive market to drive scale, which can then improve adoption rates (and prices) elsewhere. Amazon does it with AWS - its own huge retail business is an "anchor tenant" which helps create traffic volumes that then became reinforced by third parties' cloud usage. Huawei appears to do something similar with domestic government and enterprise business - millions of CCTV cameras, or large-scale city networks, or local IoT uses are helping it exploit pre-existing scale and experience, and then apply elsewhere. There is also a sensible approach to partnering, for example around IoT, with the likes of GE collaborating on distinct parts of the market.

One final comment: the layout of the trade show was excellent. One hall was organised per-vertical, with sections on Manufacturing, Public Safety, Oil & Gas, Finance etc. The other hall was per-technology, with sections on Cloud, eLTE, WiFi, NB-IoT, Developers and so on. I wish other events were similarly well-structured.
Posted by Dean Bubley at 4:13 pm

Excellent report as usual, Dean. A number of valuable thoughts and considerations around technology and vertical solutions for Enterprises and Smart Cities. I will keep this post in mind during my visit at TM Forum's Smart City InFocus, taking place shortly in Yinchuan, China.
The event is sponsored by the municipality of Yinchuan and ZTE.

Well captured report. Now that the market is expanding beyond the traditional service provider space, it will be interesting to see how policy and regulations handle it. Will we see new licenses for enterprises and IOT?

Thank you for your thorough analysis. It was a pleasure to have you at Huawei Connect as an International KOL or analyst!

Thanks Dean for your well-captured overview and appreciate your participation at our event. We also had some WiFi news at the show; we launched a new 10G WiFi solution proving 3X bandwidth increase and 4X increase in the number of concurrent access users. The solution allows hybrid access through WiFi and Bluetooth, Zigbee and RFID. High level information here bit.ly/2wZ46jL Let me know if you're interested in a briefing or follow-up as we begin to deploy this globally.

Reading between the lines: The MNOs/MSOs are passe. Enterprise demand exceeds the ability of the edge access providers to provision end-to-end services cost effectively with their vertically integrated stacks and balkanized business models. Its like the 1970s-90s which was the heyday of insourced F5000 communication and IT stacks. Now a new breed of SaaS and PaaS providers represent more of an existential threat to the edge access providers than even the consumer OTT apps. The public to private pendulum is just picking up speed and most won't realize it until it is well past the equilibrium point.